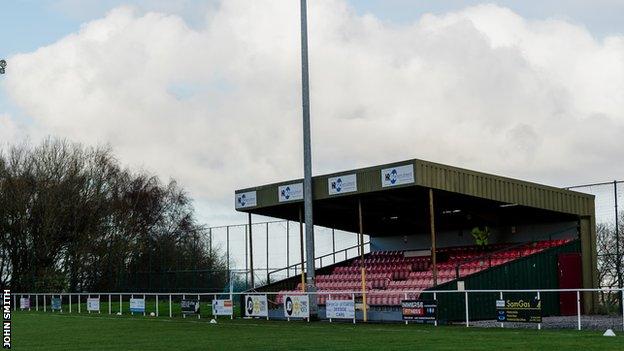 Buckley Town FC have sacked a first-team player for making "abhorrent" remarks to a woman on a dating website.

The club, which plays in the JD Cymru North league, was made aware of the incident on Friday night and cancelled the player's registration.

It said the alleged comments went against everything they stand for and has apologised to anyone affected.

"We are shaken and disgusted by these revolting and repugnant remarks," the club said in a statement.

The JD Cymru North has also issued a statement saying it had been "made aware of alleged comments" on social media involving a registered player.

"The league does not condone such behaviour and acknowledges the swift action taken by the player's club in dealing with this matter," it said.

"The league has reported the alleged comments to the FAW [Football Association of Wales] compliance department in order to investigate this matter further."