The Slavia Prague player accused of racially abusing Glen Kamara should face a ban of up to two years, the Rangers star's lawyer said. (Scottish Sun)

Manager Steven Gerrard has revealed he will give unequivocal backing to his Rangers players if they decide they want to walk off the park in protest at being subjected to racial abuse in future. (Herald)

John Kennedy hits back at former Rangers chairman Dave King's claims of Celtic arrogance and that they assumed 10-in-a-row was in the bag before the season even started, with the interim manager saying: "He obviously doesn't know what's going on over here". (Daily Record)

Steven Gerrard says there has been a "complete shift in terms of the mindset" from his first experience of the Old Firm derby as Rangers seek a third successive win at Celtic Park today. (Daily Record)

Steven Gerrard says he will use Rangers' unbeaten league run as motivation for the remainder of the season but that his main focus now is winning the Scottish Cup. (Scotsman)

Disappointed St Mirren boss Jim Goodwin blames referee Don Robertson for his side not making the top six after Hamilton found a late equaliser from a free-kick he thinks should never have been awarded. (Scottish Sun)

Former Celtic star Scott Sinclair believes that the first act of any new management team has to be to offer captain Scott Brown another contract. (Herald)

Arsenal and Scotland defender Kieran Tierney insists he'd be desperate for John Kennedy to land the manager's job permanently if he was still a Celtic player. (Scottish Sun) 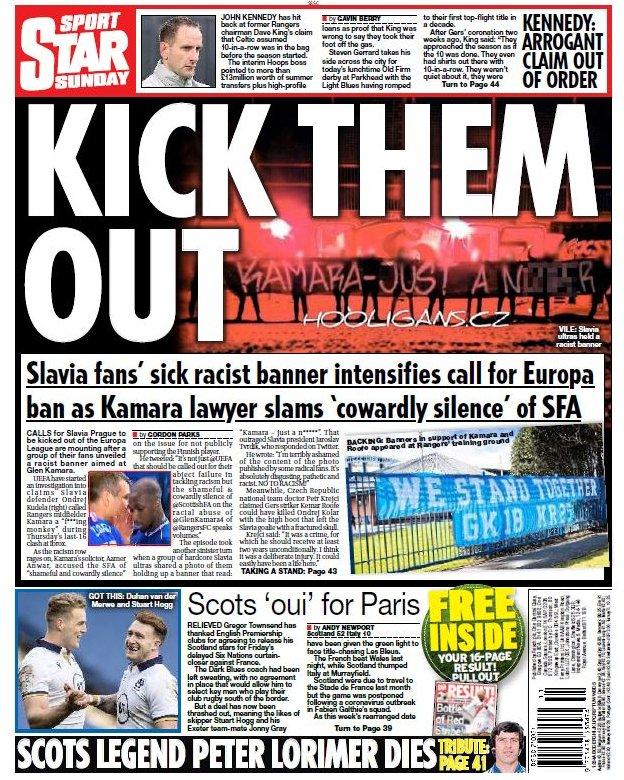 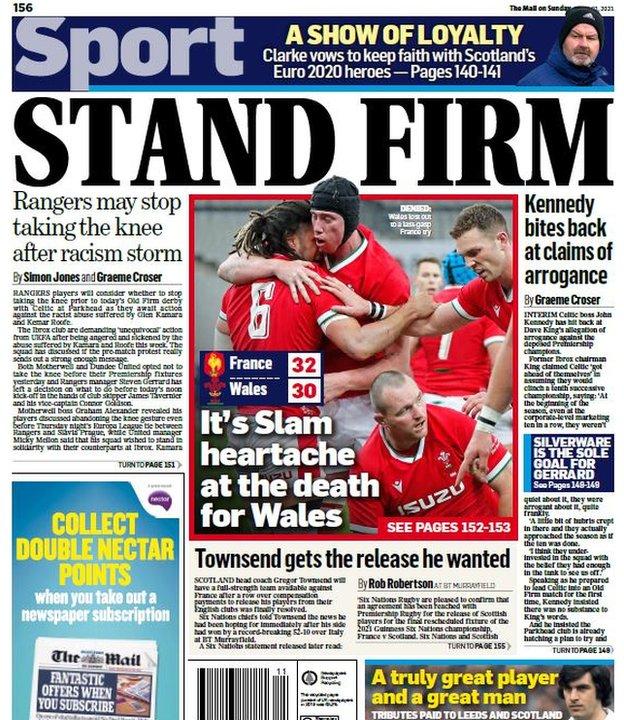