Scotland head coach Steve Clarke has defended captain Andrew Robertson from criticism of his recent performances and insisted the left-back is harshly treated by fans and pundits. (Sun)

Celtic knocked back a loan offer from Inter Milan for Odsonne Edouard last summer, and Roma are among the clubs interested in signing the French striker at the end of this season. (GiveMeSport)

Scotland and Arsenal full-back Kieran Tierney has paid tribute to his former Celtic skipper Scott Brown, saying the incoming Aberdeen player-coach will become a "top manager because he is a winner". (Sky Sports)

The Old Firm should be invited join Ligue 1 to benefit the French and Scottish game, claims a leading sports economist. (Scotsman)

Paul Dalglish, a former team-mate and coaching rival of Stephen Glass, has backed the new Aberdeen manager to bring an exciting brand of attacking football to Pittodrie and develop the club's young talent. (Daily Record)

Hibs are putting together an "attractive" offer aimed at keeping Australia midfielder Jackson Irvine, who arrived in January on a deal until the end of the season. (Edinburgh Evening News)

Brora Rangers manager Steven Mackay says his side were the obvious choice to be crowned Highland League champions, despite having played just three games, so that the pyramid play-offs can take place. (Press & Journal) 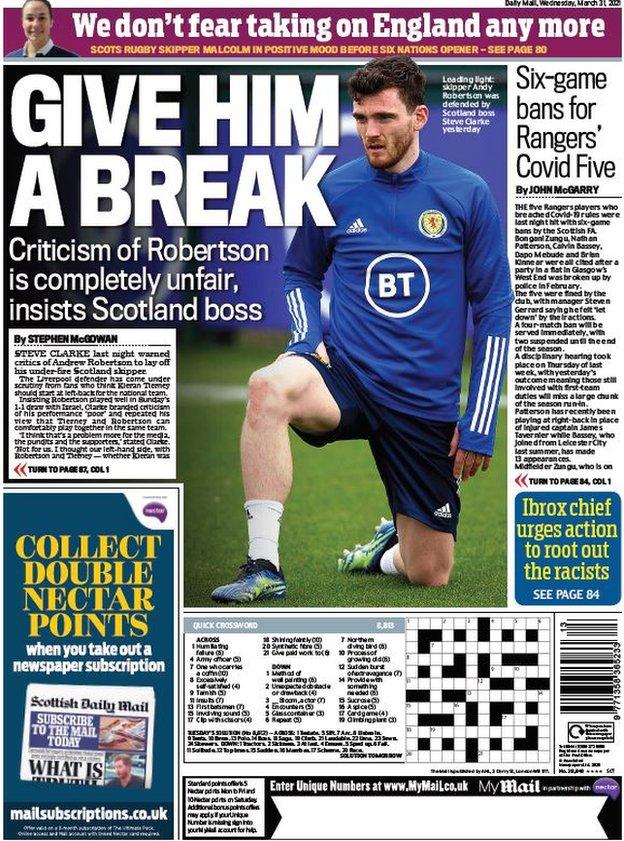 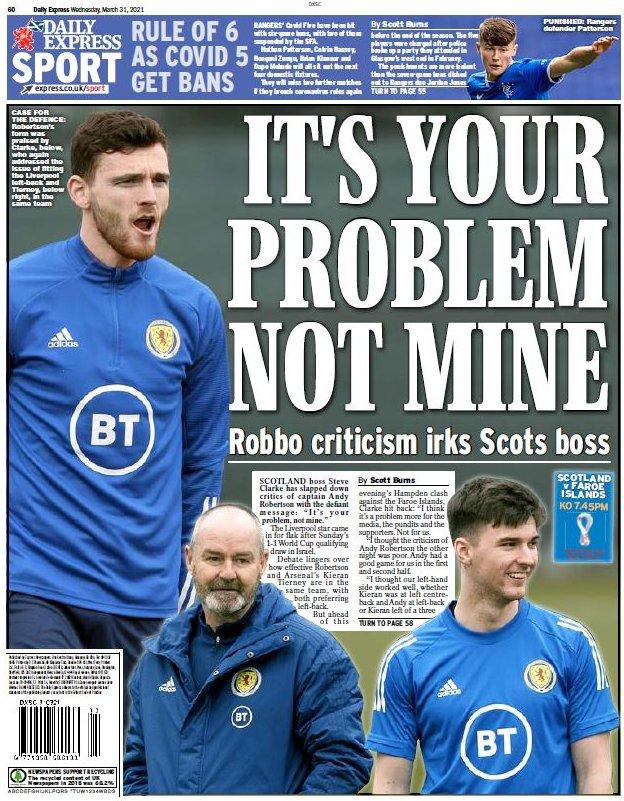 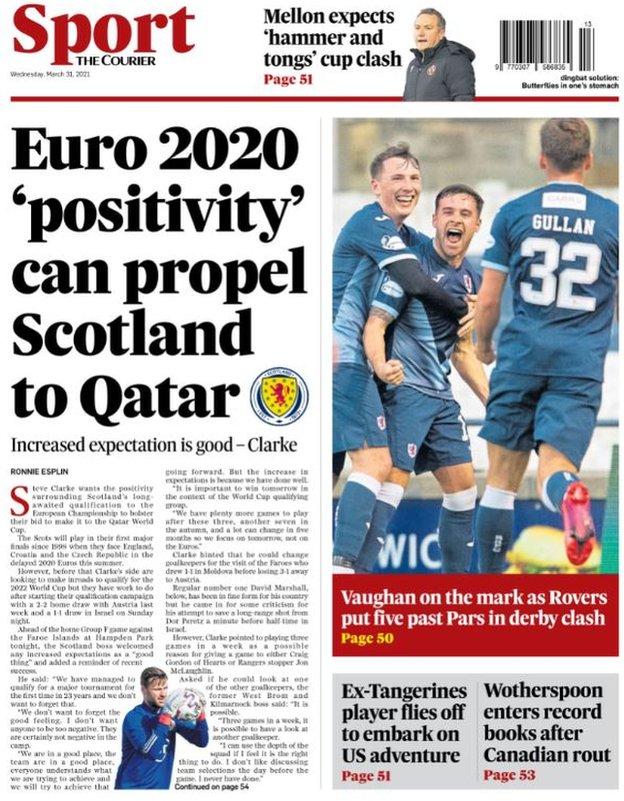