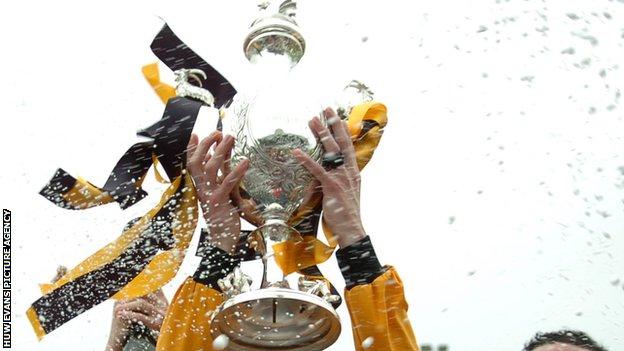 The Football Association of Wales has confirmed this season's Welsh Cup has been cancelled.

The Wales National Cup Board (NCB) decided to cancel because the Covid crisis "made it impossible to make the JD Welsh Cup viable".

The 2019-20 Welsh Cup was also cancelled ahead of last year's semi-finals because of the pandemic.

That means the third place team in the Cymru Premier will play in next season's Uefa Europa Conference League.

The FAW Women's Cup and FAW Futsal Cup competitions have also been cancelled for this seasonc, but the FAW Girls' Cup can go ahead.