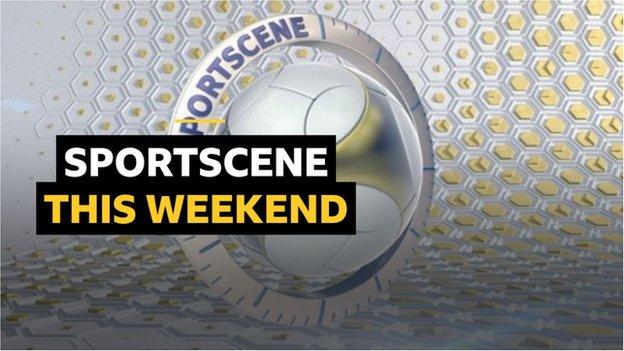 The Scottish Premiership returns this weekend and Sportscene will bring you all the post-split action.

Highlights of Saturday's five top-flight matches will be on BBC Scotland at 19:30 BST, with Jonathan Sutherland, James McFadden and Shelley Kerr.

Steven Thompson and Joelle Murray will be on the results programme earlier in the day (16:30) on BBC One Scotland.

And Richard Foster and Marvin Bartley will analyse Rangers v Hibernian on Sunday at 19:15 on the same channel.

Both those highlight shows will be repeated on BBC One Scotland at 23:20 and 23:40 respectively.

The weekend SPFL action starts on Friday with the Scottish Championship meeting of Hearts and Alloa Athletic, with Steven Pressley and Leanne Crichton from 19:30 on BBC Scotland.

Sportsound on BBC Radio Scotland will cover all the action, and you can listen to Off the Ball with Stuart Cosgrove and Tam Cowan from midday both weekend days.

There will also be live coverage of everything that's going on the BBC Sport website and app.