Hibernian defender Ryan Porteous says the 21,000 at Wembley for the FA Cup final makes the Scottish equivalent between his side and St Johnstone with no fans "look stupid". (Record)

Liam Craig says it was tortuous watching Saints' semi-final win and is desperate to play his part in winning a cup double with the Perth club. (Courier - subscription required)

Pat Nevin says he almost had the opportunity to run Celtic when future Motherwell owner John Boyle came close to buying the Glasgow club in 1990. (Sun) 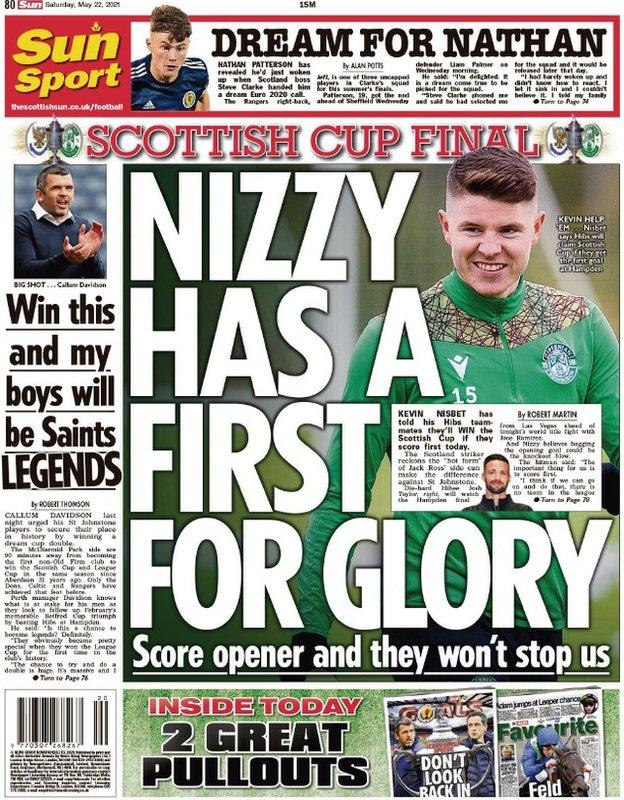 Scotland international Nevin had five chances to join Celtic as a player and was also approached as a youngster to join Rangers. (Sun)

Howe is listed as one of the candidates to replace Nuno Espirito Santo at Wolves at the end of the season. (Scotsman - subscription required) 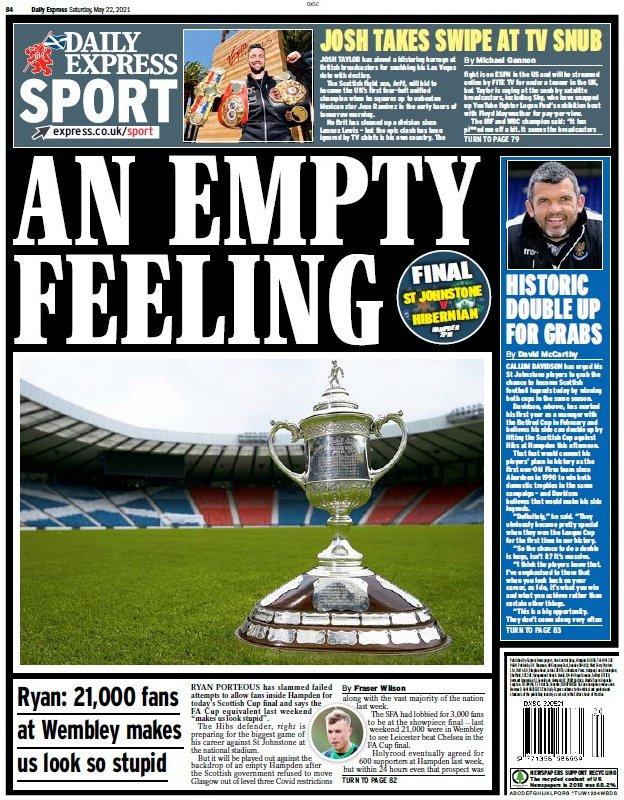 Portsmouth are ready to rival Aberdeen for the signature of defender Clark Robertson, who is soon to be out of contract at Rotherham. (Record)

Free agent Marley Watkins does not know what his future holds after injury hampered his loan spell at Aberdeen this season before his return and eventual release by Bristol City. (Press and Journal - subscription required) 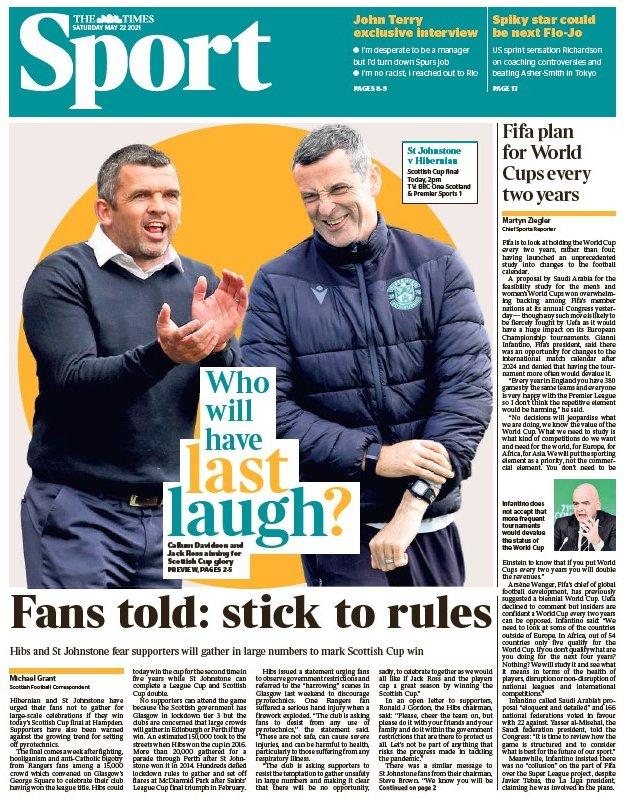 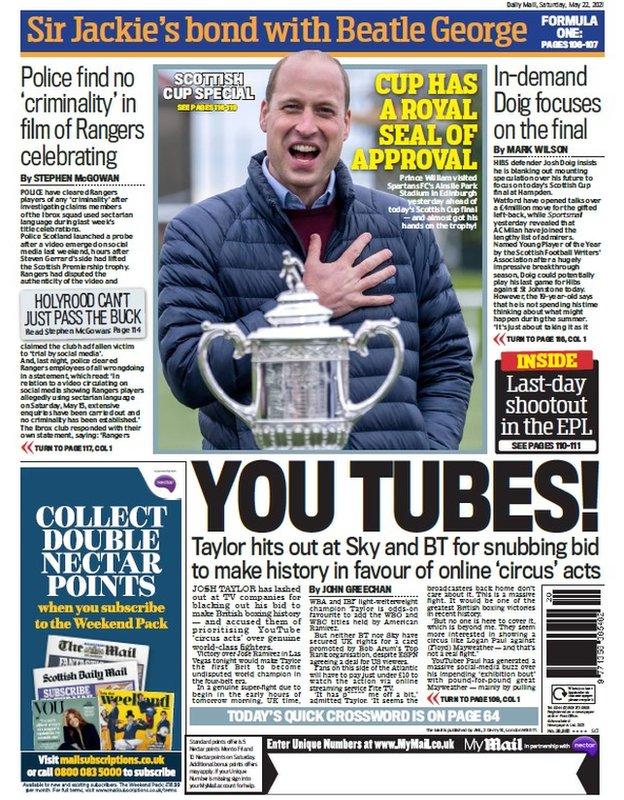 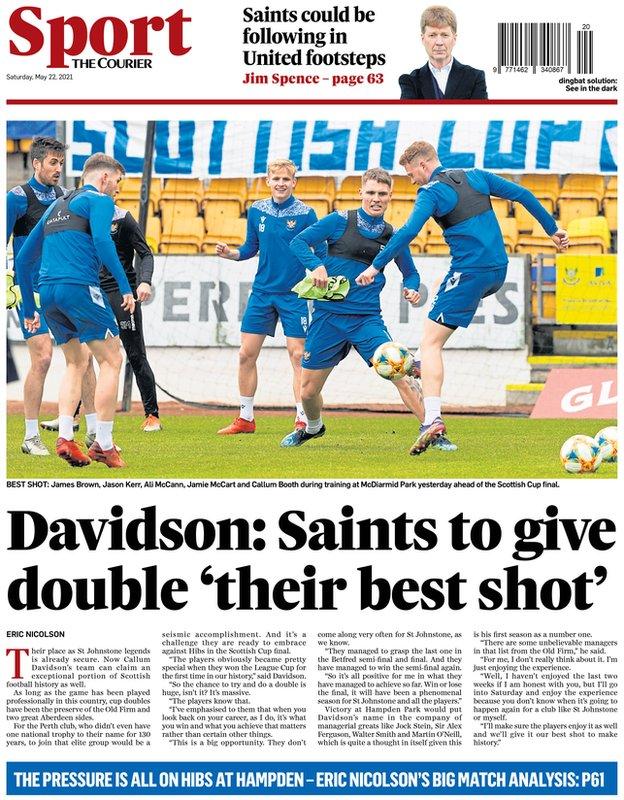