St Johnstone's Scottish Cup final-winning squad were welcomed back to McDiarmid Park after their victory over Hibernian, with fans gathering near the ground. (Sun)

And Porteous, 22, feels he has unfinished business with Hibernian. (Scotsman - subscription required)

Scotland coach Steve Clarke is fairly settled on his starting XI for the European Championship opener against Czech Republic and hints some players in his 26-man squad will not get any game time. (Scotsman - subscription required)

Rangers manager Steven Gerrard's son Lio got a shot of the Scottish Premiership trophy and donned the club strip for the occasion. (Sun)

Former Rangers boss Dick Advocaat will bring his 44-year managerial career to a close on Sunday when he leads Feyenoord against Utrecht in the Dutch play-off final, with the winner progressing to the Europa Conference League. (Sun) 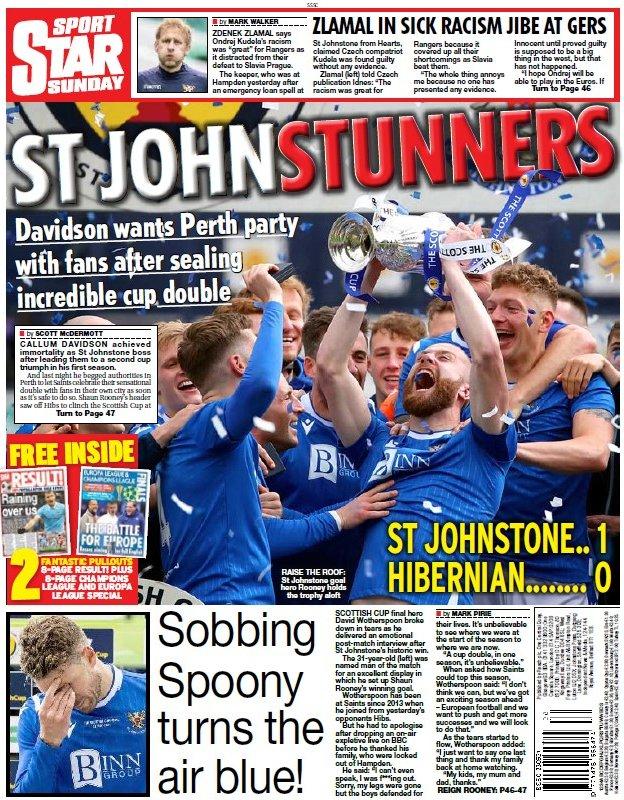