Celtic are eyeing a move for former Fulham 22-year-old Moritz Jenz, who can play in central defence or right-back, the 22-year-old German currently with Lausanne-Sport in the Swiss top flight. (The Herald)

Celtic target Ko Itakura, who is with Japan at the Olympics, has admitted it is his dream to play for a world famous club that will help him raise his profile after the 24-year-old centre-half returned to Manchester City from his loan spell with Groningen. (Daily Record)

Celtic winger Marian Shved is on the brink of a permanent move to Mechelen after the 23-year-old Ukrainian international impressed last season while on loan with the Belgian club. (Scottish Sun)

Rennes striker M'Baye Niang is wanted by Celtic this summer, but Venezia, who have been promoted to Serie A, lead the race to sign the 26-year-old Senegal international who is also being pursued by Fenerbahce and Shanghai Shenhua. (Foot Mercato)

Belgium goalkeeper Hendrik van Crombrugge, the 28-year-old who has just signed a new four-year contract with Anderlecht, has revealed that Celtic are his favourite club and he would love to play for them one day. (Scottish Sun)

English goalkeeper Fraser Forster has opened the door on a return to Celtic after the 33-year-old rejected a new cut price contract extension with Southampton beyond next summer. (Scottish Sun)

Hellas Verona have pulled out of negotiations for Rangers target Joey Veerman, with the Eredivise club holding out for £8.5m for the 22-year-old midfielder. (Sky Italia)

Rangers centre-half Nikola Katic is focused on getting back into the Ibrox first team and has no interest in leaving on loan this summer amid reports in Croatia and Italy suggested Serie A club Spezia wanted to sign the 24-year-old as he steps up his return from a serious knee injury. (Glasgow Live)

Leeds United are keeping a "watching brief" on Rangers 24-year-old Ryan Kent this summer after having two bids rejected a year ago as manager Marcelo Bielsa monitors a number of wingers. (Daily Mirror, print edition)

Rangers winger Kai Kennedy says he has been ignoring transfer speculation, with West Ham United rumoured to have bid £1m for the 19-year-old, and working on his body after a bout of Covid-19 before joining Dunfermline Athletic on loan. (Glasgow Evening Times)

Winger Kai Kennedy's loan move to Dunfermline Athletic includes a clause that allows Rangers to recall the 19-year-old from the Scottish Championship club. (The Courier)

St Mirren have rejected a £300,000 bid from Wigan Athletic for midfielder Jamie McGrath, with Rotherham United preparing another offer for the 23-year-old. Rotherham have also had a £100,000 offer rejected for Buddies defender Conor McCarthy, with Aberdeen and another English club having lodged an interest in the 24-year-old. (Scottish Sun)

Arsenal and West Ham United have told Hibernian to drop their asking price for Josh Doig before making a serious move for the 19-year-old left-back as they are not willing to meet the Scottish Premiership's asking price of up to £5m plus add-ons. (Evening Standard)

Hibernian hope to accelerate striker Chris Mueller's arrival from Orlando City after agreeing a pre-contract deal with the 24-year-old, who is currently due to be at Easter Road in January. (The Scotsman)

St Johnstone fans face a Uefa stadium ban for the potential Europa League meeting with Galatasaray even if it is played at a neutral venue. (The Courier)

The Scottish Government will work alongside the football authorities in a bid to find a "suitable solution" to St Johnstone's potential Europa League venue crisis against Galatasaray. (The Scotsman)

Rangers chief executive Stewart Robertson will return to the SPFL board next season having stepped down last summer. (Daily Record) 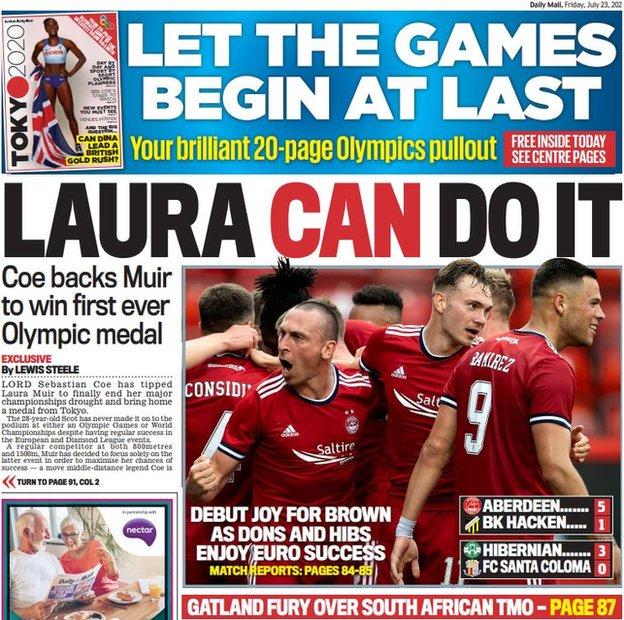 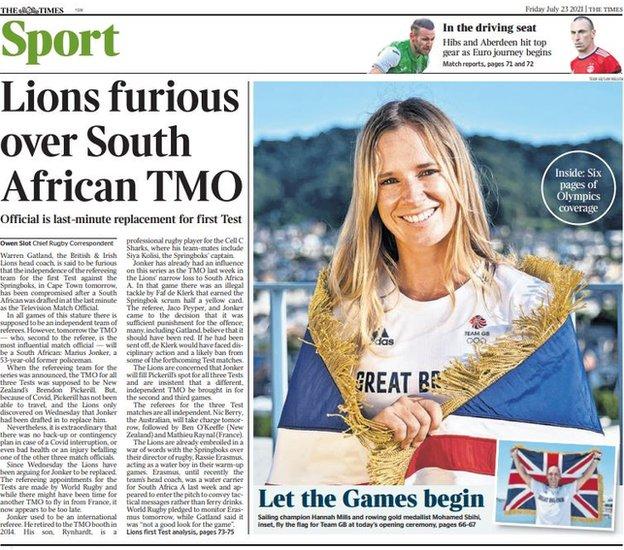 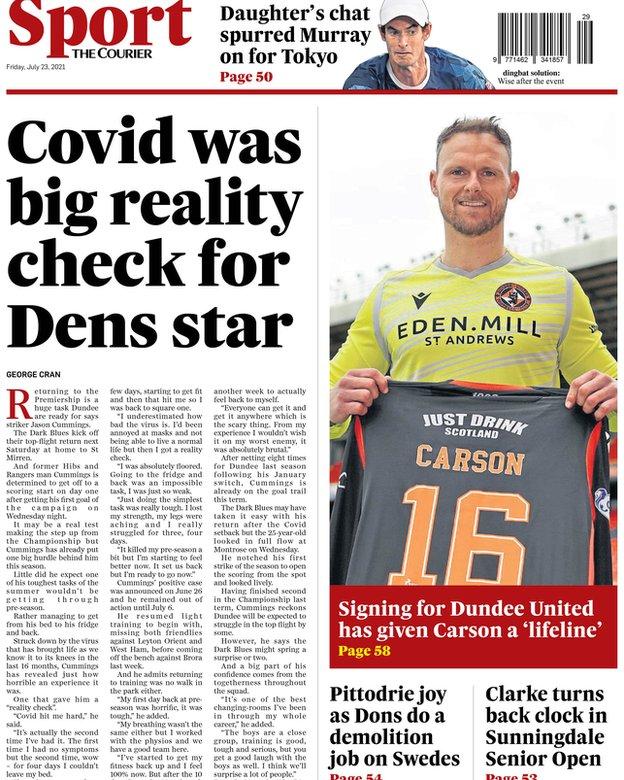 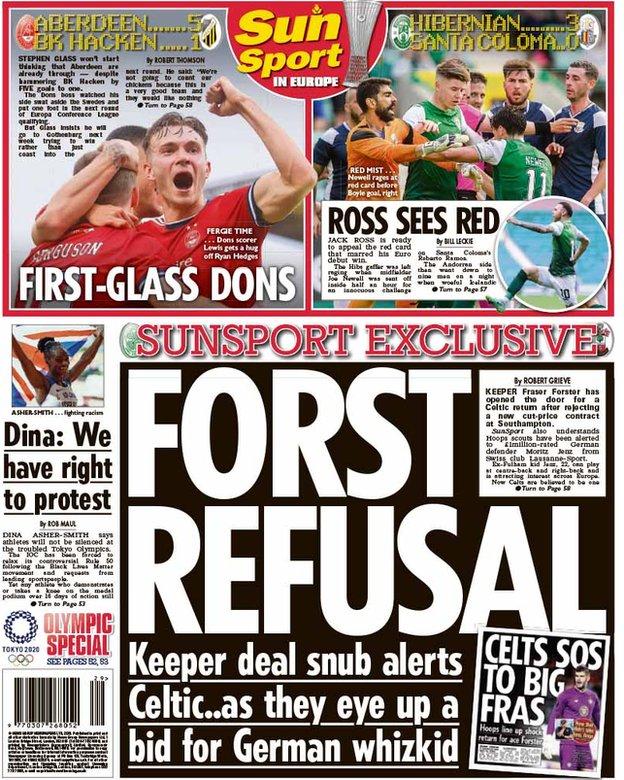