Rangers are taking on the SPFL over their £8m title sponsorship deal with cinch and did not feature the car sales company name on their shirts or around the stadium yesterday. (Scottish Sun)

With Celtic striker Odsonne Edouard unsure about a move to Brighton, the English Premier League club have enquired about Benfica's Darwin Nunez. (Mail on Sunday)

Rangers consider moving their delayed champions' flag day celebrations to coincide with the visit of Celtic to Ibrox on 29 August, if Covid restrictions are eased by then. (Herald)

Celtic manager Ange Postecoglou tells his attacking players to help out his makeshift defence after falling to a 2-1 defeat against Hearts in their Premiership opener. (Sunday Post)

"It was a top moment but it is only the start, I've got to keep that momentum going," says injury-plagued Hearts defender John Souttar after his late winner against Celtic. (Edinburgh Evening News)

Christian Doidge says Hibernian will focus on finishing third again as the striker fights back to full fitness after missing a large chunk of pre-season with coronavirus. (Scotland on Sunday)

Livingston captain Marvin Bartley heaps praise on Rangers' fans for their "fantastic" response to players and staff taking the knee at Ibrox on Saturday. (Scottish Sun) 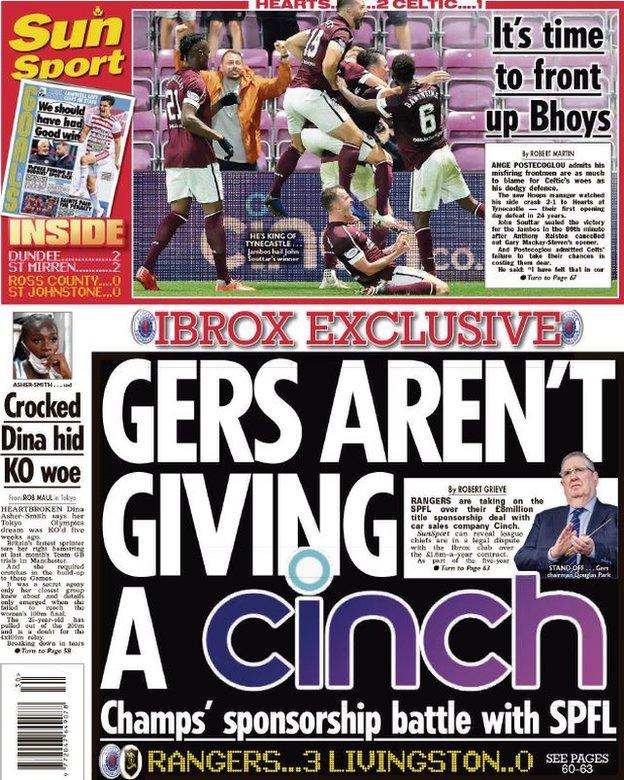 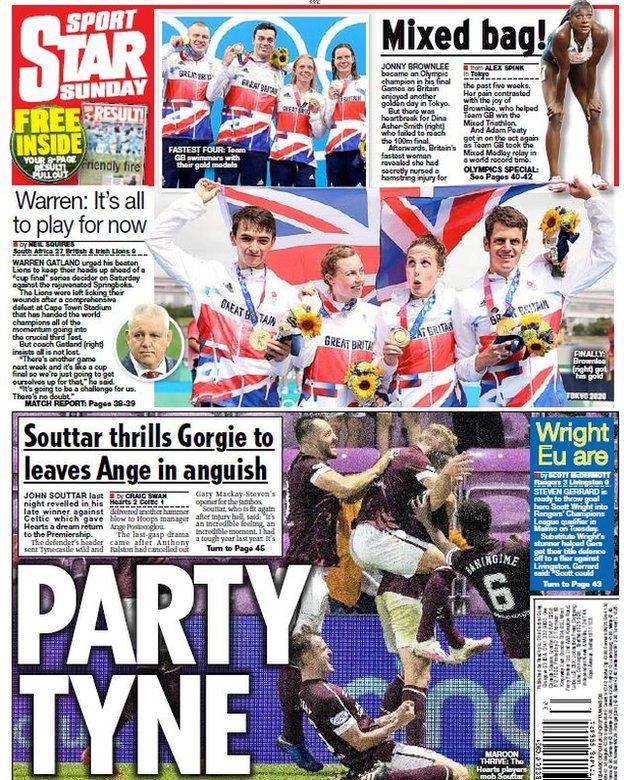