Manager Ange Postecoglou has not given up on keeping Ryan Christie at Celtic, with the club open to new contract talks with the Scotland international. (Daily Record)

Feyenoord say they have been priced out of a move for Heerenveen playmaker Joey Veerman, who has been repeatedly linked with Rangers over the summer. (Daily Record)

Ross County manager Malky Mackay says he is still in the market for up to four new additions before the transfer deadline later this month. (Press & Journal)

Having scored two Premiership goals already this season, Anthony Ralston hopes to continue his run in the Celtic team, despite the club being linked with several right-back targets. (Scottish Sun)

Manager Jack Ross hailed the maturity of left-back Josh Doig after the teenager put aside speculation over his future to put in a stand-out performance in Hibs' 3-0 win over Ross County. (Edinburgh Evening News)

Dundee United defender Charlie Mulgrew says referee Don Robertson was right not to send him off for grabbing Alfredo Morelos as the Rangers striker bore down on goal during Saturday's 1-0 win at Tannadice. (Herald)

Hearts boss Robbie Neilson has urged striker Armand Gnanduillet to be patient in his search for a starting role. (Edinburgh Evening News) 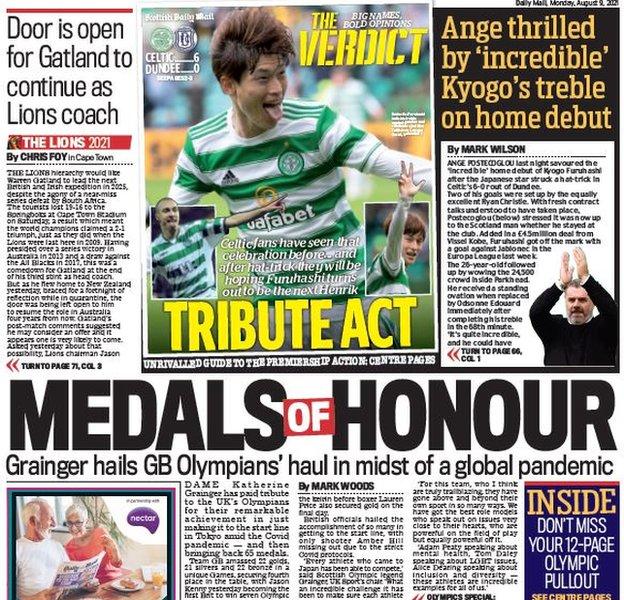 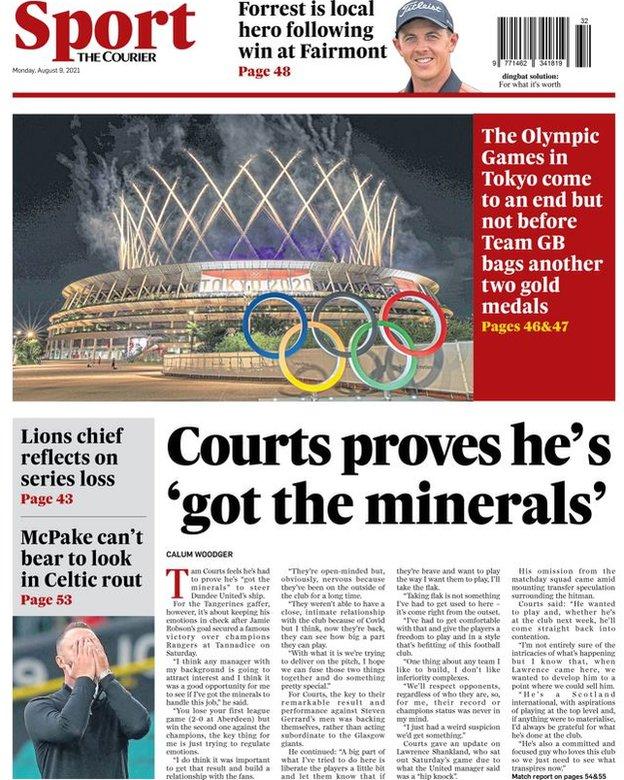