Aberdeen have agreed a three year deal to sign David Bates from Hamburg. The Scottish international is due to arrive at Cormack Park today to finalise the move. (Daily Record)

Aberdeen are also lining up a loan move for Newcastle midfielder Matty Longstaff, after completing the move to bring Marley Watkins back to Pittodrie on Thursday. (Evening Express)

St Johnstone manager Callum Davidson hit out at LASK boss Dominik Thalhammer after his side's 2-0 in the Europa Conference League play-off. He said: "Their coach made a comment last week about us being 'disgusting' and I let it go because maybe it got lost in translation. But having been there tonight, I now know that wasn't right." (Herald)

And Saints' cup-double winning boss Davidson said he was surprised a German official was chosen for their game against Austrians LASK. He said: "That's like us getting an Irish or a Welsh one. I told my staff beforehand to be careful with the officials, because they and the Austrians would understand each other." (Scotsman)

Hearts manager Robbie Neilson is targeting a new centre-back, another forward and a goalkeeper if possible before the end of the transfer window. (Scotsman)

Jack Ross will be "surprised and disappointed" if Hibernian don't bolster their squad before transfer window closes. (Scotsman)

Kyogo Furuhashi may be a doubt for Celtic's trip to face Rangers on Sunday after picking up a knock against AZ Alkmaar. (Herald)

Rangers are set to bolstered by "four or five" players in a huge boost ahead of Sunday's Old Firm derby. (Sun) 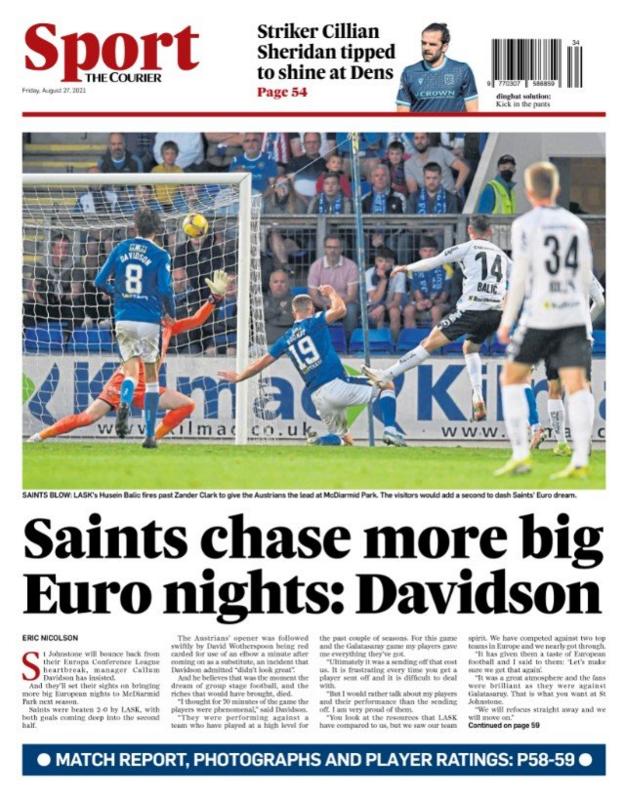 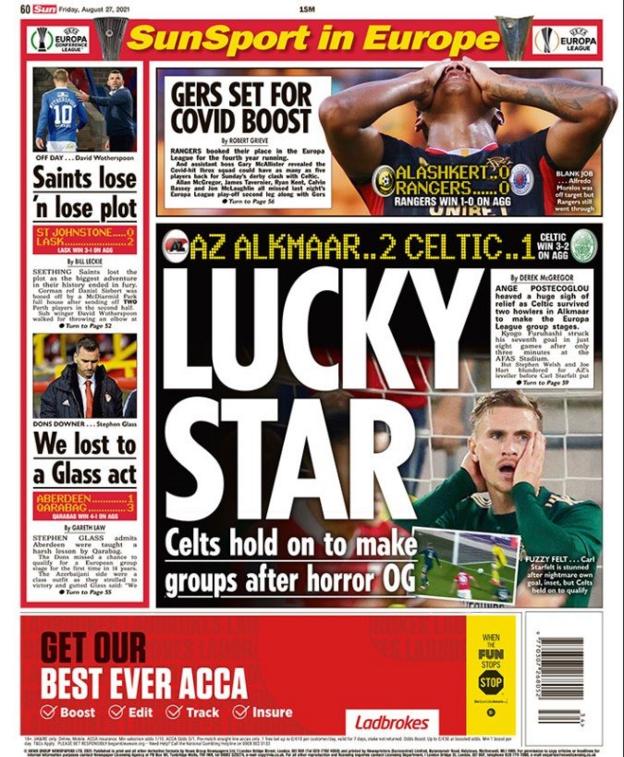