Clarke is not worried by a lack of cutting edge following the narrow win at Hampden but does have several players nursing knocks ahead of Tuesday's match away to Austria. (Record)

Lyndon Dykes will take goals like his tap-in winner against Moldova "all day". (Scotsman - subscription required)

Scotland midfielder Billy Gilmour says he "just got too excited" with his big chance against Moldova. (Sky Sports) 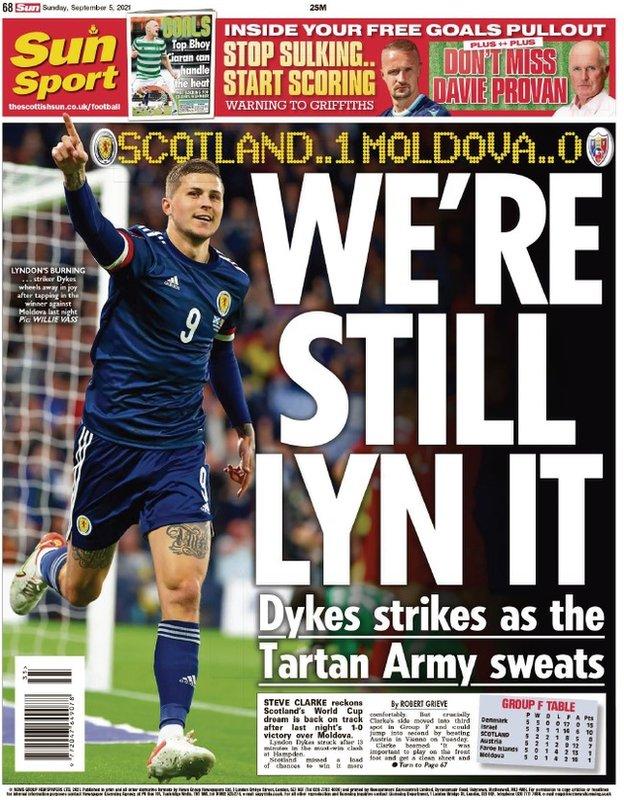 Grant Hanley is targeting another Scotland goal against Austria in Tuesday's encounter after netting in the sides' 2-2 draw earlier in the qualifying campaign. (Scotland on Sunday - subscription required)

Bayern Munich midfielder Marcel Sabitzer will not be involved for Austria against Scotland because of a groin injury. (Herald - subscription required) 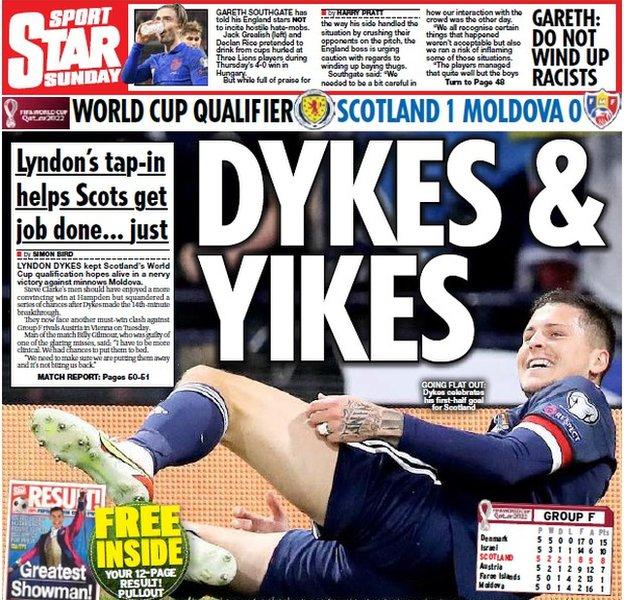 Former Aberdeen boss Derek McInnes is surprised neither Celtic nor Rangers signed Ali McCann from St Johnstone during the summer transfer window with the midfielder moving to Preston. (Mail on Sunday via Record)

The Zambian FA say Rangers striker Fashion Sakala is still recovering from an injury after he was not included for the World Cup qualifiers against Mauritania and Tunisia. (Sun)

Aberdeen Women boss Emma Hunter says her promoted side are not in the SWPL1 to make up the numbers. (Evening Express - subscription required)