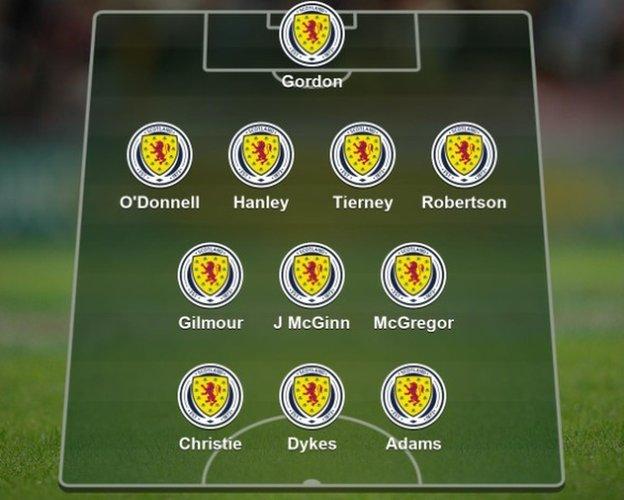 Scotland face Austria in Tuesday's World Cup qualifier and BBC Sport website users have had their say on who should feature in Steve Clarke's side.

Craig Gordon is the top choice in goal behind a back four of Stephen O'Donnell, Grant Hanley, Kieran Tierney and Andy Robertson with Billy Gilmour, John McGinn and Callum McGregor in midfield and Ryan Christie, Lyndon Dykes and Che Adams in attack.