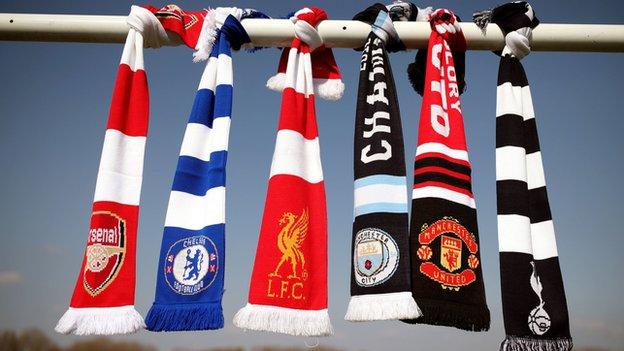 The 12 clubs involved in the failed European Super League have been told their plans were the stuff of "fabulists and failures" by Paris St-Germain chairman Nasser al-Khelaifi.

"I will not spend much time talking about 18 April and the 'not-so-Super League' because I do not like to focus on fabulists and failures," said Al-Khelaifi, as he made his first major speech as the new head of the European Clubs' Association (ECA) in Geneva.

All of the Premier League clubs were represented apart from Chelsea who accessed proceedings via video link.

The nine clubs who withdrew from the Super League rejoined the ECA last month after leaving in April, but Barcelona, Real Madrid and Juventus have not yet been reinstated.

Al-Khelaifi added: "Together we defended the interests of European football for everyone. We relied on the resolve and strength of [Uefa] president [Aleksander Ceferin], who stood up to the midnight coup. He said 'we will win' and we did.

"While the three rebel clubs waste energies, twist narratives and continue to shout at the sky, the rest of us are moving forward."

In his speech, Uefa president Ceferin could not resist an attack on former ECA chairman, Juventus owner Andrea Agnelli, as he welcomed Al-Khelaifi's appointment.

"When passing through a storm, you need a good captain, not like the one in the past, who went away from the ship," he said. "The ECA has a good captain. Your future is bright."

Such warm words between Uefa's most senior official and the man who runs PSG will make some feel uncomfortable.

For all the euphoria around the successful fight against Super League, this summer's transfer window has hinted at fewer clubs competing at the elite end of the game.

Lionel Messi and Sergio Ramos headed a quartet of free transfer arrivals at PSG that will earn enormous wages, whilst the French club also turned down a bid in excess of £100m from Real Madrid for striker Kylian Mbappe, even though he can leave for nothing next summer. 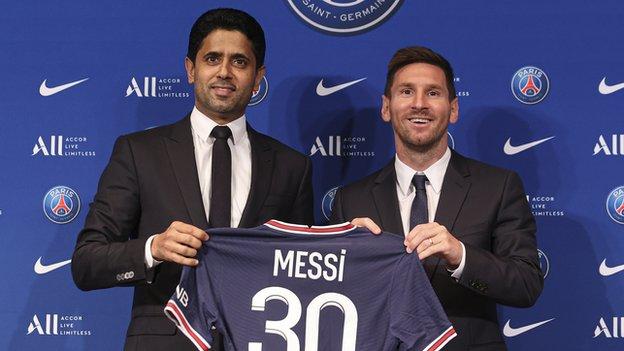 Yet Khelaifi says he wants to bring "financial stability" to European football as a matter of urgency and new Financial Fair Play regulations will be introduced to ensure a "stable, sustainable, inclusive and competitive football pyramid".

Ceferin also said Financial Fair Play was "not about competitiveness".

"Cost control systems and competitive balance measures are two different parts of one body," he added.

"Of course they are inter-related but they have two different objectives. We can and we will work together on sensible measures to address competitive imbalance where necessary."