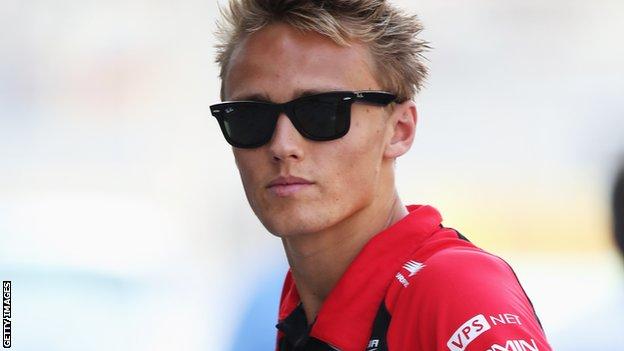 Chilton's promotion from reserve driver to race seat was predicted by Jordan at the Singapore Grand Prix in September.

Jordan says the deal has now been signed and the 21-year-old will become the fourth British driver on the grid for 2013, alongside Lewis Hamilton, Jenson Button and Paul di Resta.

Marussia have not yet formally announced Chilton's position.

Last month Frenchman next year and Chilton, who finished fourth with two victories in the GP2 series in 2012, will partner experienced German Timo Glock.

The Reigate-born driver had his first experience of an F1 car on a race track when he at the Abu Dhabi Grand Prix.

That followed a 'straight-line' aerodynamic test earlier in the year.

Marussia finished 11th in the constructors' championship in 2012, losing out on 10th place at the final race of the season in Brazil to Caterham - but having struggled in their first two seasons in 2010 and 2011, closing the gap on Caterham represented conspicuous progress for the Banbury-based team.