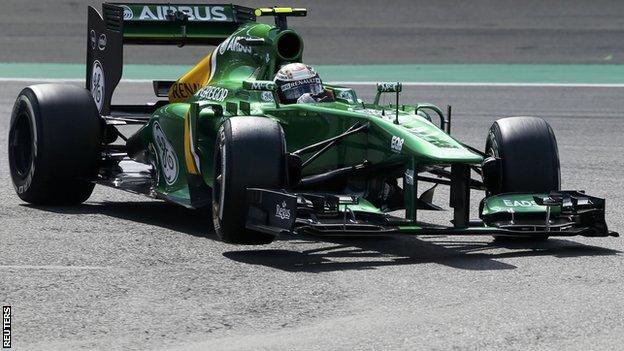 Caterham will continue to use Renault engines in Formula 1 for at least the next three years.

The Surrey-based team, bottom in the world championship, have been supplied by the French manufacturer since 2011.

Red Bull and Toro Rosso will also be powered by Renault in 2014 while Lotus, who have not yet announced their plans, are also expected to go with them.

F1 will have new engines next year, with 1.6-litre turbos replacing the 2.4-litre naturally aspirated V8s.

Caterham and Renault have a partnership in their road-car businesses, producing lightweight cars under the Alpine brand.

Williams, who use Renault engines this year, have already said they will switch to Mercedes power in 2014, joining the Mercedes team, McLaren and Force India.

Marussia, who currently use Cosworth engines, have announced they will switch to Ferrari power units.

Sauber, who have not confirmed their plans, are also expected to continue their partnership with Ferrari.