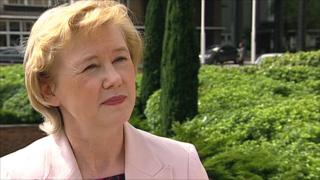 Director of BBC Sport Barbara Slater says the corporation has to be "pragmatic" in a "tough financial climate" after a new deal for F1 rights was announced.

Between 2012 and 2018, Sky Sports will show every race, qualifying session and practice live, while BBC Sport will broadcast half the races live, as well as the qualifying and practice sessions from those races.

The BBC has been the exclusive broadcaster of F1 in the UK since 2009 but its contract with Formula One Management was due to expire after the 2013 season.