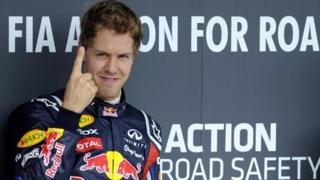 Hamilton's McLaren team-mate Jenson Button lines up third ahead of Ferrari's Felipe Massa, who out-qualified Fernando Alonso for the first time in 2011.