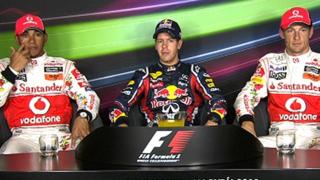 The Red Bull team worked overnight to overhaul Vettel's car and the changes helped the German set a a fastest lap time of 1:19.815.

'Having a headache every day is normal'