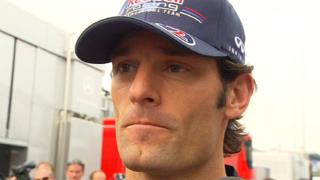 Red Bull's Mark Webber says other teams suffered "blistering" on their Pirelli tyres at the Belgian Grand Prix at Spa.

The team had been warned last time out by the tyre manufacturer that the tyres were close to "imminent failure" which led to major concerns in the paddock.

Webber says they have now been given a revised "camber limit" for this weekend's race by Pirelli, and adds there should not be a repeat of the problems encountered at Spa.