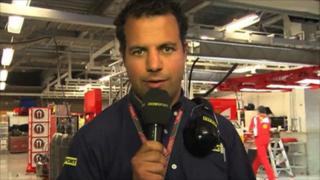 Japanese GP from the pit lane

BBC F1 pit-lane reporter Ted Kravitz with the behind-the-scenes gossip in the aftermath of the Japanese Grand Prix at Suzuka.