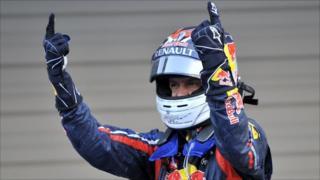 Watch short highlights from the 2011 Japanese Grand Prix as Jenson Button wins while Sebastian Vettel is crowned world champion after finishing third in a thrilling race at Suzuka.

Ferrari's Fernando Alonso was second on the day he lost his record as the youngest ever back-to-back double world champion to Red Bull's Vettel.