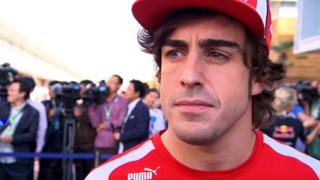 Fernando Alonso says he "doesn't care" that Sebastian Vettel has become the youngest double Formula 1 world champion and says the most important thing is to win as many titles and races as possible.

Vettel clinched the 2011 crown with a third-place finish at last weekend's Japanese Grand Prix, and while Alonso agrees the 24-year-old is currently dominating the sport, he says age is not an "important factor".

The Spaniard, who won back-to-back titles in 2005 and 2006, says the drivers can be more aggressive and take more risks now the title has been won.