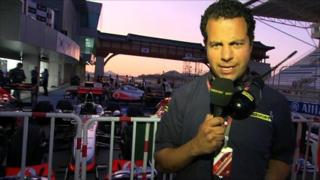 Korean GP from the pit lane

Vettel jumped Hamilton on the first lap to take the lead and was unchallenged on his way to a 10th win of the season.

Will lightning strike twice for Chorley and Wolves?