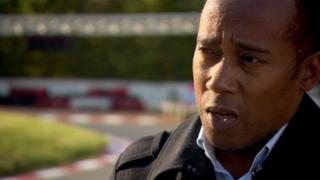 Lewis Hamilton's father Anthony tells BBC Sport to expect a "new" and improved racing driver next season and claims that the world has yet to see the real Lewis.

The 26-year-old McLaren driver has had the most difficult season of his career to date yet his father applauds the character his son showed in his second-placed drive in Korea and believes that even better is to come from the 2008 world champion.