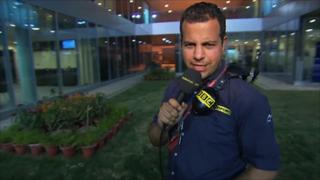 Indian GP from the pit lane

BBC Sport's Ted Kravitz gets the post-race paddock perspective on the inaugural Indian Grand Prix from the Buddh International Circuit.