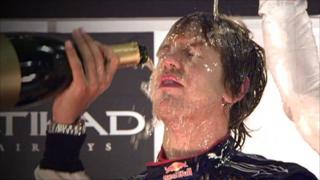 Four drivers had gone into the final round of the season with hopes of lifiting the title, but Vettel emerged victorious in his Red Bull after winning from the McLaren duo of Lewis Hamilton and Jenson Button.