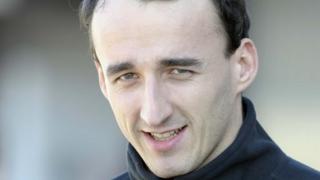 Robert Kubica's manager Daniele Morelli clarifies the statement issued by Renault, insisting that the Polish driver, currently recovering from injuries sustained in a rally crash, has not written off a 2012 return.

Morelli tells the BBC that Kubica had been misquoted in the Renault statement and that it was only the February tests that the driver would miss with a return for the season opener in Australia still possible.