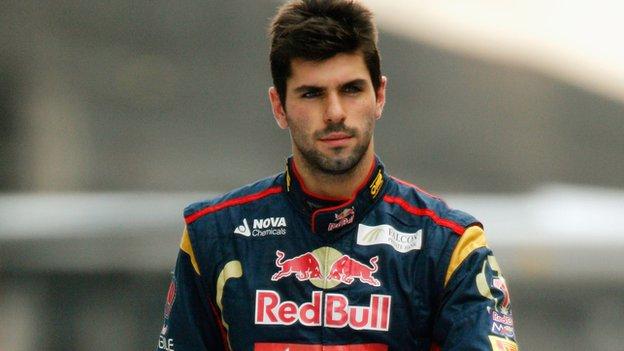 Alguersuari joined Toro Rosso in 2009 and, at the age of 19, became the youngest driver in F1 history.

"It will be interesting to look at the action from a different angle and bring that excitement and insight to listeners," said Alguersuari.

"I know the Red Bull philosophy and they've always worked with this extra pressure, always asking you to do something you cannot achieve. Asking you to win a race in a Toro Rosso [last year] - forget it"

"It promises to be an exciting season and I can't wait for it to start."

BBC Radio 5 live controller Adrian van Klaveren added: "We're delighted to have Jaime on board, his engaging personality makes him a great addition to 5 live for the 2012 F1 season.

"We are going to make the most of Jaime's first-hand experience right now knowing he could well be driving for one of the teams again in the near future."

The new F1 season begins with the Australian Grand Prix on 18 March.