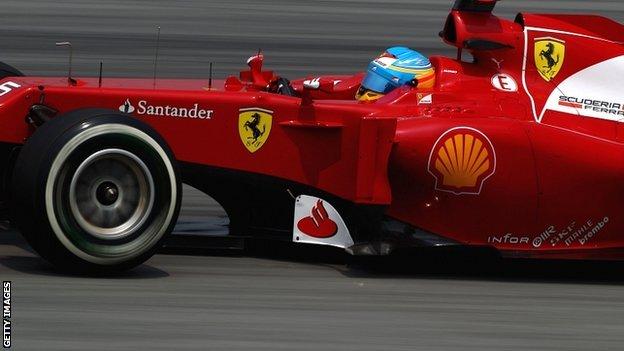 Ferrari occupy a special place in the history of Formula 1 as they are the only marque to have competed in every season since the World Championship began in 1950.

The Italian squad, formed by Enzo Ferrari, are also the most decorated, with 15 drivers' and 16 constructors' championships coming from their 216 race victories.

Giuseppe Farina gave the luxury sports car manufacturer its first drivers' world title in 1952, the first of four that decade, but Ferrari had to wait until 1961 to secure their first constructors' title.

Ferrari won six constructors' titles between 1976-1983, with the likes of Niki Lauda, Gilles Villeneuve and Jody Scheckter at the wheel. But Scheckter's drivers' title in 1979 proved to be the last for 21 years in a period where the Scuderia struggled for pace and reliability.

Michael Schumacher joined the team from Benetton as double world champion in 1996, as part of Ferrari's long-term plan to recreate its past successes and wrestle back control from the likes of McLaren and Williams.

Over the next four years, the team of Schumacher, team prinicpal Jean Todt, technical director Ross Brawn and designer Rory Byrne knocked the squad into shape, culminating in their first constructors' title for 16 years in 1999, followed by their first drivers' trumph, via Schumacher, in over two decades in 2000.

Schumacher won five titles in a row from 2000, with Rubens Barrichello chipping in with the points to secure the constructors' title in each of those seasons.

That form took a dip in 2005, but Kimi Raikkonen scored an unexpected title win in 2007, overcoming a 17-point deficit with two races to go. Felipe Massa was edged out by Lewis Hamilton in 2008, while Fernando Alonso lost the title to Sebastian Vettel at the final race of the season in 2010.

Five: Racing is in our DNA.

Why do Ferrari race?

Because, as I said, racing is part of our DNA, since the beginning of our history. Racing is mainly our promotional tool - we do not do any kind of advertising - and our living R&D department for our road cars.

What is special about Ferrari?

Ferrari is a myth, all over the world. When you see a Ferrari in a road, you turn your head to follow her. When you see the Ferrari flags in the stands on the other side of the world you understand the passion that this brand generates.

What is the team's status in Formula 1?

We are the most successful team in the history of the sport and we want to keep the position.

What is the team's image?

You should tell me…

Why should people support Ferrari?

I would not say "should": people do support Ferrari because of the passion which comes from its history, its brand, its style.

If your team were an animal what would it be?

What does a team boss do?

Helps the team to have the best resources to compete, chooses the right people for the right places, protect the team.

Dealing with the inside and outside pressure.