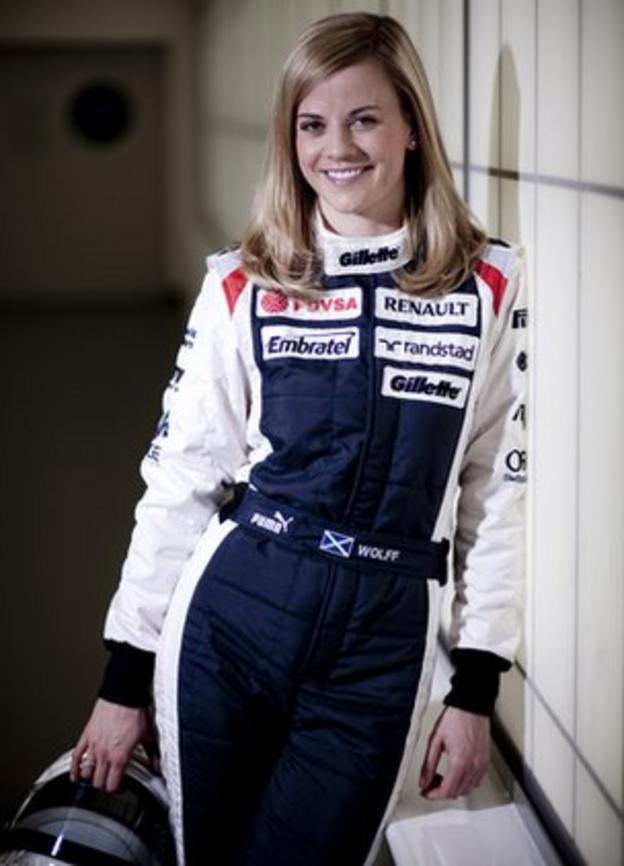 Team principal Frank Williams said: "Susie is a talented racing driver who competes in one of the world's most fiercely-contested racing series [DTM].

"Susie will also attend a number of races with us."

Wolff will continue to compete in this year's DTM season, where she has driven for the past six years.

She said: "Formula 1 is the ultimate challenge for any racing driver and it offers me the chance both to apply and to improve the skills I have.

"I hope also to demonstrate that women can play a role at the highest levels of motorsport."

Susie is married to Toto Wolff, a director of Williams, and her appointment was carefully considered and then approved by the board, with Toto recusing himself from the process.

F1 boss Bernie Ecclestone said: "I am really looking forward to having her in Formula 1."

Wolff, who was born in Scotland, follows Spaniard Maria de Villota into the sport, who joined Marussia as a test driver for 2012.

The last woman to enter the F1 world championship was Italian Giovanna Amati, who failed to qualify for three races at the start of the 1992 season with Brabham.

Five women have entered F1 races in the past, the most prolific being Italian Lella Lombardi, who started 12 grands prix in the 1970s.