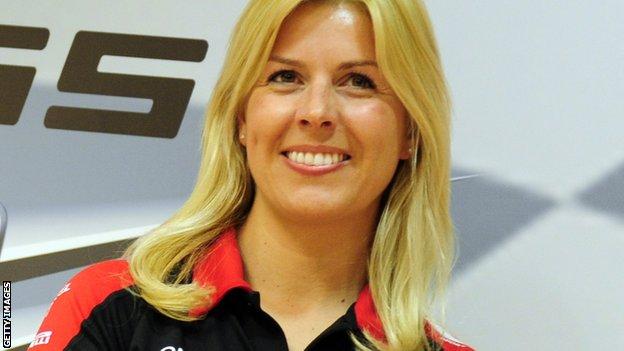 Marussia have confirmed that test driver Maria de Villota has left hospital and returned to Spain.

The 32-year-old hit a support truck at Duxford airfield earlier this month while testing and had two operations in hospital, losing her right eye.

De Villota has spent the last 17 days in hospital, but has now been allowed to return home.

"Maria has left Addenbrooke's Hospital in Cambridge and returned directly to Spain," said Marussia in a statement.

"Over the course of the past two weeks, Maria has made significant progress.

"More comfortable and familiar surroundings, plus the support of her wider family and friends, will undoubtedly provide a more conducive environment in which Maria can commence the next phase of her recovery.

"The Marussia F1 Team - the staff, race drivers Timo Glock and Charles Pic, and all those associated with the Team - wish Maria well with the next stage of her recovery."

De Villota had just completed a straight-line aerodynamic test and was returning to mechanics when her car accelerated abruptly and slammed into a team truck at helmet level.

Marussia said on Monday that an internal investigation had found that the car was not to blame.