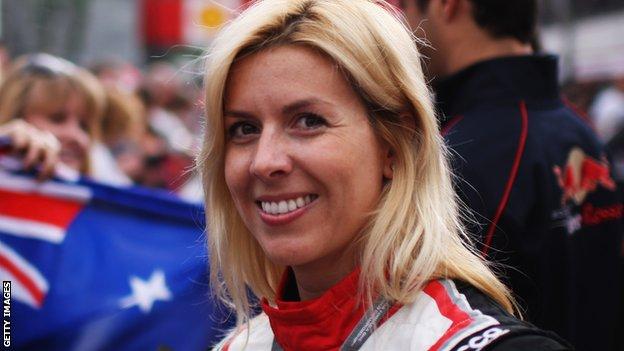 Maria de Villota has been released from hospital after it was established she had suffered no neurological damage from her testing crash.

The Spaniard, 32, lost her right eye when her Marussia hit a lorry's tail gate during a test on 3 July.

A statement on De Villota's website said she had suffered "no neurological deficit and does not need any surgery".

Doctors from La Paz University Hospital in Madrid will continue to monitor her injuries.

"As communicated previously, the patient has lost her right eye, as a consequence of the serious trauma suffered, and she will be closely followed by the Ophthalmology service," read the statement.

She will need further plastic surgery to correct the "serious injuries to her face."

De Villota spent 17 days in Addenbrooke's hospital in Cambridge before returning to Spain.

It is as yet uncertain whether she will return to racing.

Governing body the FIA will not grant racing licences for any international-level series for at least five years after a driver loses an eye. This is because it takes at least that time for the brain to adapt to monocular vision. Experts assess applicants on a case-by-case basis.

For national-level racing, requirements differ from country-to-country. Even if a national sporting authority has no specific guideline, applicants with only one eye tend to be dealt with also on a case-by-case basis.