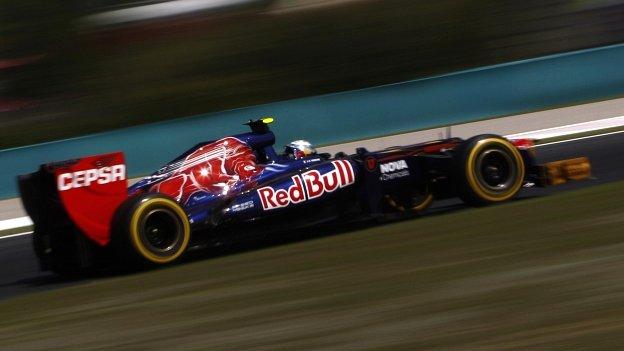 Team boss Franz Tost said Key's appointment will "start a new chapter in the history of Toro Rosso" and hoped it would be "an interesting one".

Key said: "There are opportunities coming up through regulation changes and we intend to look not only at the long term, but the short term, too."

It's been an intense time. We managed the transition from a small team to a larger one and have sown seeds for a successful future

Key, 40, joined Jordan in 1998 as a data engineer and then race engineer before becoming technical director in 2005.

The Englishman remained in the role as the team became Midland F1, then Spyker and Force India before he moved to Sauber in 2010. He left that role earlier this year.

"James comes to us with a strong reputation and has proved he can help smaller teams punch above their weight," said Tost.

"We cannot expect miracles in the next few races, but James has joined early enough to have an influence on our car for 2013, when we hope to have a better season than this one."

Key added: "We will be studying the team's working practices, while looking to see which areas need strengthening further."

Toro Rosso performance as a constructor since debut

*up to and including Belgian GP

Tost said Ascanelli had "made an important contribution" and his "undoubted experience" was "very valuable".

Italian Ascanelli added: "It's been an intense time. We managed the transition from a small team to a larger one and have sown seeds for a successful future."

Ascanelli joined Toro Rosso, the junior team of world champions Red Bull, in 2007 and had to manage the transition from being a customer team using chassis supplied by parent outfit Red Bull to a full independent constructor.

The team, which Red Bull bought from Minardi ahead of the 2006 season, won their first and only victory with Sebastian Vettel at the 2008 Italian Grand Prix.