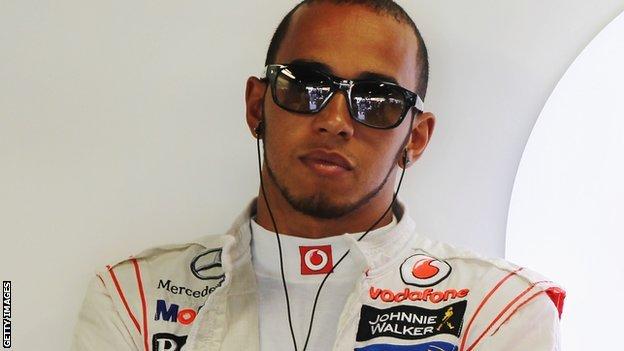 McLaren say they only want Lewis Hamilton to drive with them next season if he is happy to stay.

Hamilton's future is the subject of debate after BBC F1 chief analyst Eddie Jordan said the 27-year-old was close to signing for Mercedes next season.

McLaren team boss Martin Whitmarsh told BBC Sport: "Any driver has to be driving in a team he's happy with.

"We don't want any driver in our team who's not 100% committed and not absolutely happy to be in the team."

Speaking ahead of this weekend's Italian Grand Prix, Hamilton, who is out of contract at the end of the year, has said he does not know which team he will be driving for next season.

"Nothing's been signed, and we're in advanced negotiations with McLaren," he said. Asked if that was where he wanted to race, Hamilton added: "Well, that's what we're working on."

"If I were thinking long term, then I would think to stay with McLaren. I can't imagine how you could be more spoiled than being with McLaren. They have the resources, the money, the long-term commitment, huge experience. He wouldn't be here today without them, and there is a degree of loyalty which you should always have."

"My understanding is we're talking to him [Hamilton]," said Whitmarsh.

"I've heard a range of speculation in the week but any sentence that begins 'Eddie Jordan understands' is immediately questionable, isn't it?"

He added that it was natural for Hamilton to be considering his future.

"In life you look at options, everyone does that, so I'm pretty relaxed about it," said Whitmarsh.

Asked if he was convinced Hamilton would be driving for McLaren next season, Whitmarsh did not directly answer the question.

"I'm pretty convinced we will have a very good, competitive driving line-up next year," he said.