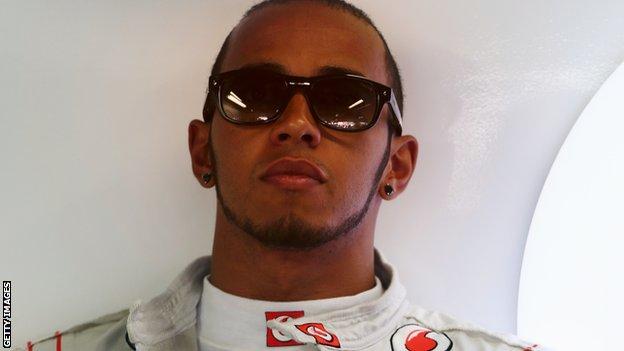 Lewis Hamilton says he made a mistake accusing Jenson Button of disrespect after wrongly believing his McLaren team-mate unfollowed him on Twitter.

The 27-year-old wrote: "Just noticed @jensonbutton unfollowed, thats a shame...I thought we respected one another but clearly he doesn't."

This issue finally explodes the myth propagated since 2010 that Button and Hamilton are close friends, but it also refocuses an unfortunate truth. If there seemed to be an undertone throughout the saga over Hamilton's future that high up at McLaren they wouldn't be that bothered if he left, that's because there was. They will miss his inspirational driving but not this.

When Hamilton realised Button had never followed him he revoked his statement.

He added: "My bad [mistake] just found out Jenson never followed me. Don't blame him!"

A journalist last week tweeted that Button had stopped following Hamilton on Twitter and had instead started following Sauber's Sergio Perez, who will replace Hamilton at McLaren next season with the 2008 world champion joining Mercedes.

However, Button tweeted: "Never followed him...makes a story though!!"

It is not the first time Hamilton has found himself in trouble because of Twitter.

He previously posted a picture of the telemetry from his and Button's qualifying laps at the Belgian Grand Prix, which the team quickly told him to remove.

The Briton is 42 points adrift of leader Fernando Alonso in the championship.