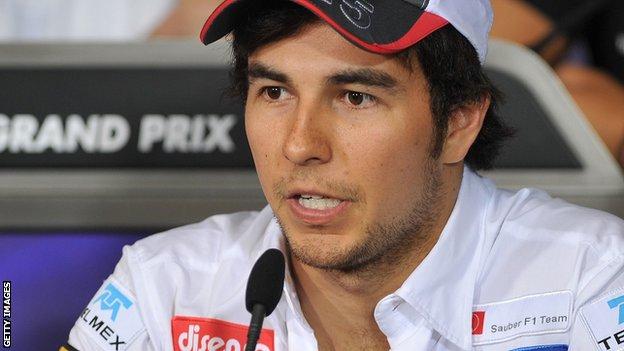 The team said Perez was "unwell" and that missing the session "should help his speedy recovery so he is able to drive for the rest of the weekend".

Sauber confirmed on Twitter that Perez will return for second practice.

Gutierrez is a candidate to replace Perez, who is moving to McLaren in 2013.

Sauber are understood to have already signed German Nico Hulkenberg, who races for Force India this season.

Gutierrez is the favourite to drive alongside him but has had limited running in an F1 car, and none in this year's Sauber until his outing in practice in India.

Sauber's current driver Kamui Kobayashi is trying to find sponsorship to help secure his seat at the team for another year.