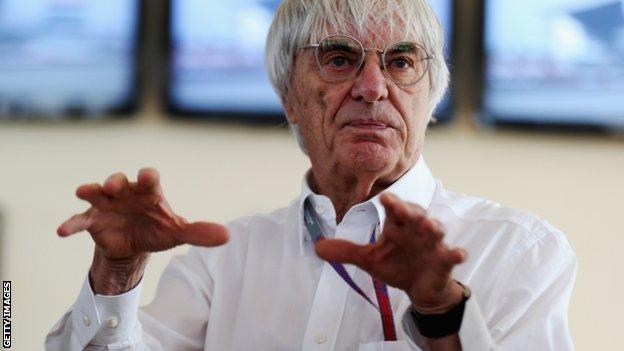 The French Grand Prix could return to the Formula 1 calendar next year for the first time in five years, according to Bernie Ecclestone.

"We are ready to sign a contract," said Ecclestone, who turned 82 on Sunday.

"Which circuit they are going to use is one thing... Who is going to pay for it, that's the bottom line. If they are ready, we can slot it in the calendar."

The two options are Le Castellet in the south of France and Magny-Cours in the centre of the country, which last hosted the race in 2008.

The potential return of the French GP has become quite a saga. A series of plans have been mooted over recent years, all of which have fallen through for various reasons.

The French government under new President Francois Hollande has made it clear it will not contribute financially to reviving the grand prix.

That means local government in the respective regions would have to find the funding, and so far they have failed to do so.

The race is important to F1 because the first ever grand prix was held in France in 1906.