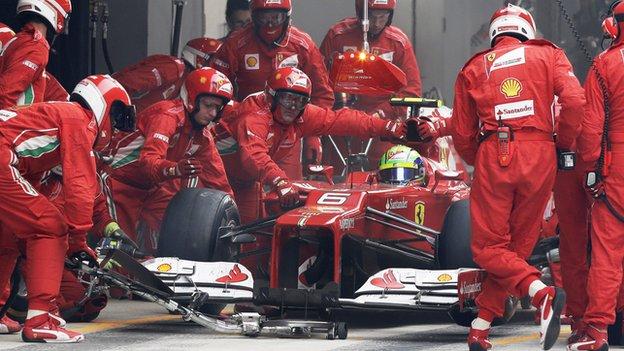 Governing body the FIA has raised the fees from a standard 309,000 euros (£247,600) for all teams to a sliding scale depending on results.

That means Red Bull are likely to pay in the region of £2m next year.

Red Bull currently have 407 points. Assuming they are likely to score at least 20 points in each of the remaining three races, that would be a total of just over £2m.

The rise is slightly less than had initially been threatened when the FIA proposed the increase. Then, it was $7,000 per point for all the teams in addition to the flat-rate $500,000.

BBC Sport understands that the teams have accepted the change, although some are not especially happy about it.

However, Mercedes team principal Ross Brawn said: "We would be delighted to pay it because we would be scoring a lot of points.

"In fact, if you're a mid-range team, and considering the fact that all the extra facilities that we pay for separately at the moment are rolled into that entrance fee, I think for a lot of teams it's going to be very similar [overall].

"It's going to make more substantial difference for those teams who finish in the top three or four of the championship. I was being a bit flippant, but obviously I hope that we can have that problem next year."

The FIA says it needs to raise the fees so it can afford to continue with its role as the global motorsport authority, and the representative of motor clubs worldwide.

The organisation is also involved in road safety through such things as mandatory road-car crash tests.