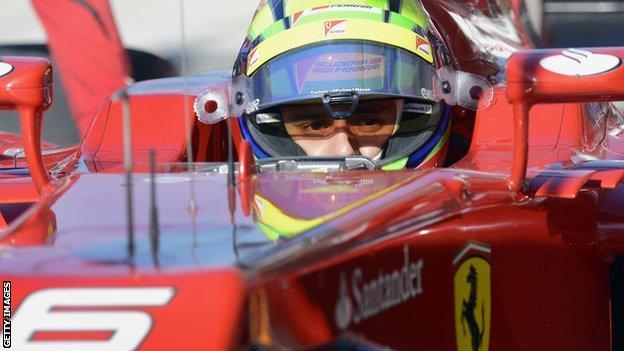 The ruling means Alonso - battling for the title with Red Bull's Sebastian Vettel, who starts from pole - will be on the clean side of the grid.

Engineers believe that those on the dirty, even-numbered, side of the grid will lose two positions at the start.

The new Circuit of the Americas is very slippery off the racing line. Massa did a practice start from the even-numbered side of the grid on Saturday after qualifying and said there was less grip than would be in wet conditions.

"The decision has been taken [to break the seal on Massa's car] to maximise the position for Fernando," said Ferrari's head of press Luca Colajanni.

Massa will drop from sixth to 11th on the grid.