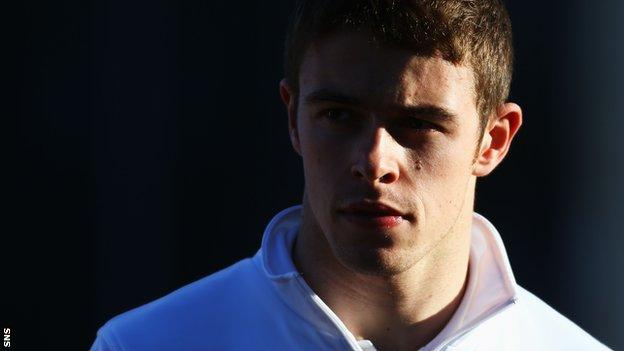 Paul di Resta is already eyeing a move to a top Formula 1 team for 2014, although the Scot knows he first has to perform on track next season.

Di Resta's name was mentioned in conjunction with seats at McLaren, Mercedes and Ferrari in recent months.

"Next year is a big one for me," said the Scot. "I need to do my stuff because it will be performance based.

"I think there'll be a few movements at the top and hopefully I'll be a part of that."

The end of my season wasn't great

Di Resta failed to be part of the end-of-season musical chairs and instead will continue with Force India for 2013.

"I felt ready for it this year, but for whatever reason it didn't happen, which was not my decision," said the 26-year-old.

"I'll just keep doing my job on track to hopefully keep my name in the frame.

"I've good relationships with all the teams, and with senior people, which I think you need to have."

Di Resta suffered a wretched end to his season, scoring only two points from his final six races to finish 17 points adrift of Nico Hulkenberg, who has left Force India to join Sauber.

"The end of my season wasn't great," said the Scot whose final race saw him involved in a rare crash in Brazil in wet conditions.

"We had mechanical issues, a chassis change, and ultimately the style of my driving did not suit for the last few races.

"Overall, I had ups and downs, although there were still some very big positives.

"We got very close to being on the podium in Singapore, where we felt we were slightly robbed when a safety car came out because it was in touching distance there.

"Our performance slipped after that as we didn't develop at the rate of other people.

"All I can hope is when we switched off on this year's car, it will pay dividends for next year in terms of our performance in Australia."