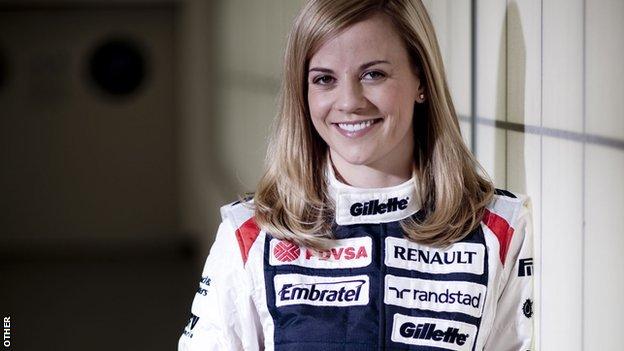 Williams development driver Susie Wolff will be the first person to drive the team's 2013 car as part of an expanded role this season.

Wolff will have an increased programme in the simulator in 2013 as well as more in-car testing time.

The 30-year-old said: "I'm showing that women can play a role at the top level of motorsport."

Wolff joined Williams in April 2012 and is the wife of shareholder and former executive director Toto, who joined rivals Mercedes this month.

She will get behind the wheel of the new car - the FW35 - before the team's race drivers Pastor Maldonado and Valtteri Bottas at an aerodynamics test at Spain's Idiada test circuit next month.

The team will then launch the car at the second pre-season test in Barcelona on 19 February.

Technical director Mike Coughlan added: "Susie has proved herself to be a valuable addition to our driver roster and her feedback during simulator sessions is second to none."