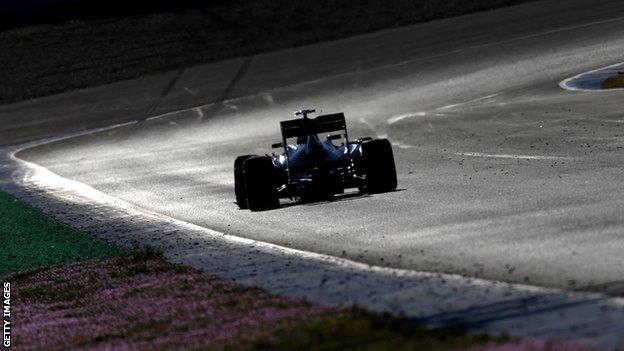 The final day of the first Formula 1 pre-season test was suspended because of damage to a kerb.

A pot hole developed at Spain's Jerez track between Turns 10 and 11, where drivers run wide over the kerb.

Marshals were able to repair the damage with quick-drying cement, and testing resumed after a 50-minute delay.

Testing was extended by 30 minutes until 1630GMT as a result of the incident.