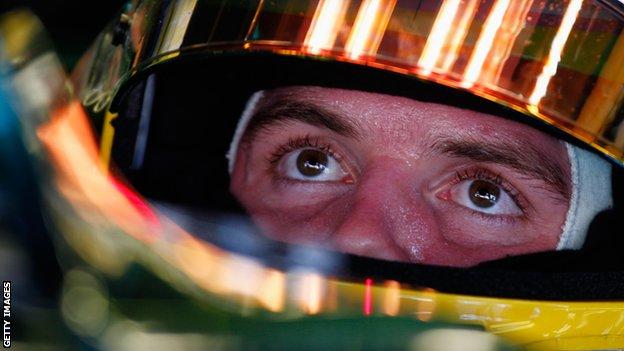 Brazilian Luiz Razia could lose his drive at Marussia even before he has made his Formula 1 debut.

The 23-year-old was named as a Marussia driver earlier this month partly on the grounds of his ability to bring sponsorship.

But he is understood to be in some form of financial dispute with the team.

Razia did not make scheduled appearances for Marussia at either the second pre-season test or on the first day of the final test on Thursday.

Several drivers have been touted as possible replacements, including former Renault, McLaren and Caterham driver Heikki Kovalainen and Frenchman Jules Bianchi, a member of the Ferrari development programme who missed out on the vacant Force India drive to German Adrian Sutil.

There has even been talk of Marussia bringing back German Timo Glock, who last month agreed to terminate his contract because the team needed the money from a 'pay-drive'.

Glock has since agreed a deal to race for BMW in the DTM German Touring Car Championship, though, so a return by him seems unlikely.