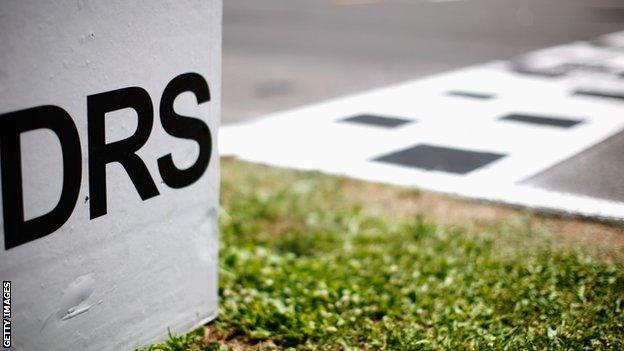 There are only a handful of rule changes for the 2013 season, which is the last before a major new set of regulations are introduced next year, but what there are could have a big effect.

Since the DRS overtaking aid - a moveable part of the rear wing that reduces drag and therefore increases straight-line speed - was introduced in 2011, its use was free throughout practice and qualifying. That has now changed.

It can now only ever be used in the 'DRS zones' - of which there will normally be two at each track.

In the race, nothing changes - drivers can only use it when they are within a second of the car in front. But in practice and qualifying, although they can still use it every lap, they can do so only in the places they would be able to in the race.

This will change the downforce levels people will run and it may affect how Red Bull, particularly, go about their races.

In the past, their philosophy has been to run the car with lots of downforce, which increases cornering speed and helps the tyres work well, and then to use the DRS to lose that drag on the straights.

Get on pole position, do one banzai lap, get out of the one-second DRS-activation zone and you're safe.

That won't work the same way this year because if a team run that much downforce they will have a performance deficit in qualifying. The car will have more cornering speed but they will pay the price on the straights.

When a team sets their car up, they run a computer simulation, which is downforce level - ie cornering grip - against straight-line speed. They get the two lines to cross so they have the perfect compromise - and then err slightly on the side of straight-line speed.

That's because they know they will always have the speed on the straights, whereas the driver will not always get the cornering speed out of that little bit of extra downforce.

Last year and the year before, everyone was able to say: "This is the maximum cornering speed we can get and because we can open the DRS we're not going to have the straight-line speed deficit." 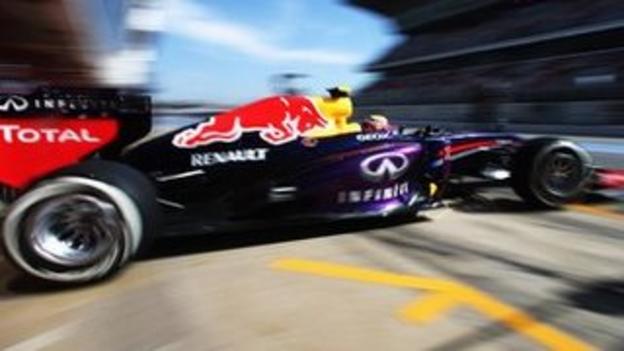 Red Bull just took that a bit further than the others but they're not going to be able to do that this year. I think they're going to have to compromise their grip-level set-up to make sure they're not too slow on the straights.

Teams can no longer use the DRS to affect any other part of the car.

This technology was pioneered by Mercedes at the start of 2012, when they linked the DRS with the front wing, to reduce the downforce from that to help boost speed on the straights and balance the car in the corners.

That approach had flaws, but Red Bull - who were one of the teams who originally protested against Mercedes' system - found a much more effective use of the idea by using the DRS to stall the lower rear beam wing.

This made the approach we were talking about in the first part of this article even more effective and it led to Sebastian Vettel winning four races in a row and putting himself in a position to win the title. 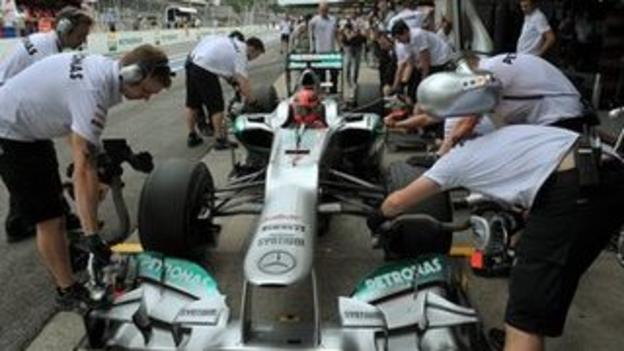 Not having the double DRS system this year will, as a result, hurt Red Bull that fraction more than the other teams. That's why they're looking at the so-called 'passive DRS' system, which is triggering a stall on the rear wing through ducting on the car above a certain velocity.

It is very difficult to make these systems work, but Red Bull - unsurprisingly - have the best approach I have seen so far.

They are using the lower beam wing as the low-pressure area that triggers the system, and that is probably the best way to ensure consistent pressures, which is the problem with calibrating the system to work properly.

But there are two problems with passive DRS systems.

Firstly, the airflow does not re-attach as the car slows down at the same speed it detaches as the car speeds up; and secondly, because the car has to slow down to get the system to re-attach the airflow, then some performance is lost in the initial braking phase as the car initially has reduced downforce.

All in all, if there was much more than 0.1 seconds a lap in these systems, I'd be surprised.

But it would mean a team could run their car with a little more downforce, getting the tyres to work properly, and keep the same straight-line speed, or they could run the same downforce level as someone else and have an extra 2-3km/h in top speed to make it easier to overtake people.

Look at it like that, and you can see why Red Bull are pursuing it - it's exactly the philosophy they have been pursuing these last few years.

But there aren't that many tracks where you'd be able to use it effectively - you need long straights and mainly slow corners.

This has been a controversial area over the last few years, and the tests have become increasingly tough to prevent teams making the ends of the wing flex downwards at speed.

This year, the tests are aimed additionally at stopping teams making wings rotate backwards on their axis. They do this to 'back off' the wing.

To prevent teams playing with this, the FIA has changed the test from a load at one point roughly on the centre line of the wing, to loads at two points, one towards the front and one towards the back.

This will limit the amount the main planes of the wings can rotate, but there is still no test for the flaps backing off. They can still flex - and they will. So I'm sure there will still be controversy over front-wing flexing.

To hide the ugly 'steps' that were on the noses of most cars last year, teams are allowed to use a thin piece of cosmetic bodywork to create a smoother shape. This is not allowed to affect performance.

Not everyone has decided to use one.

Lotus have a similar design to last year, although admittedly that was one of the less aggressive steps.

And Red Bull have used a vanity panel but only for about half the distance of other teams - so there is still a step, albeit a less steep one. Some people believe this makes their car less attractive in that area than last year, when it had a letterbox-shaped duct in that position.

Both those teams have decided that the extra weight up there - albeit minimal - is not what they want.

Sauber have a step disguised by two raised sides to the nose, and have continued with their duct which takes air from under the chassis on to the top. 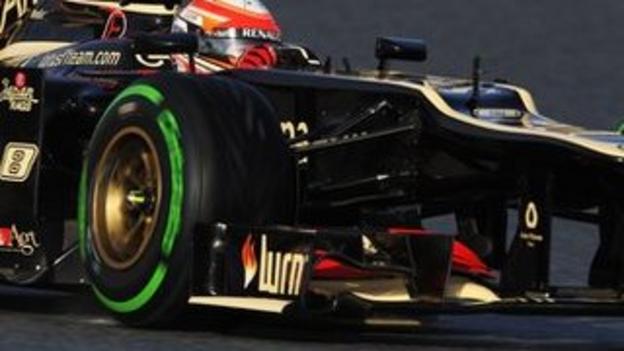 Ferrari, McLaren and others have full vanity panels.

There's not a huge amount of performance in it either way, although teams will be trying to use whatever solution they have chosen for small gains, as always.

The concept of 'force majeure' - circumstances beyond the team's control - has been removed from the regulations.

This was an issue in two similar instances last year, when Lewis Hamilton's McLaren in Barcelona and Sebastian Vettel's Red Bull in Abu Dhabi ran out of fuel at the end of qualifying.

Both teams tried - and failed - to argue it was force majeure that had led to the problem. Now, if teams stop on the in-lap of their qualifying run and the fuel quantity in the tank is not what is required to finish that lap they will be automatically disqualified.