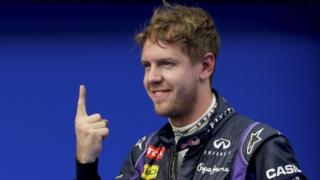 Watch highlights from a rain-affected qualifying session for the Malaysian Grand Prix as Red Bull's Sebastian Vettel claims his second pole position of the season.

The world champion was nearly a second quicker than Felipe Massa, who edged out Ferrari team-mate Fernando Alonso with the last lap of the session.

Lewis Hamilton was fourth fastest in his Mercedes, while McLaren's Jenson Button will start Sunday's race from eighth position on the Sepang grid.