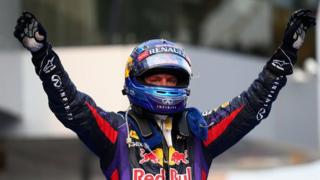 Webber led after the final pit stops and the drivers were told to hold position to the end of the race but Vettel passed Webber with 13 laps to go.