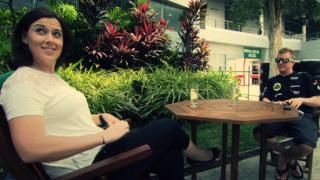 The Finn is one of the most popular characters on the F1 circuit, but is renowned for his cool attitude towards the media.

Raikkonen won the opening round of the 2013 season in Australia, the 20th victory of his career.