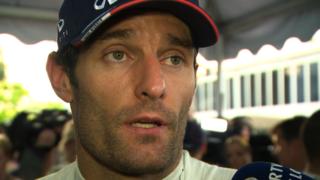 Vettel says he "messed up" and admits the victory is "not a great feeling", but Webber is adamant the team orders "were not handled well".

Webber led after the final pit stops and the pair were told to hold position to the end of the race, but Vettel battled with the Australian to take the lead and eventually the victory.