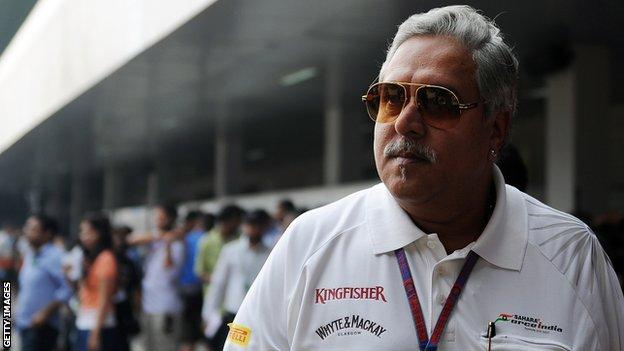 Force India will use Mercedes engines when Formula 1 introduces its new regulations next season.

Force India, who have used Mercedes engines since 2009, have a new deal to stay with them "from 2014 onwards".

Team boss Vijay Mallya said he "could not think of a better partner as F1 enters a new and exciting era".

The deal was expected following Force India's decision to sign German Adrian Sutil this year rather than Ferrari-linked Jules Bianchi, who ended up at Marussia.

Mercedes were instrumental in bringing about the deal for Sutil to join the team.

The deal will make Force India Mercedes' second team following McLaren's switch to Honda engines in 2015, a deal which is done, as revealed by BBC Sport but which McLaren have yet to announce.